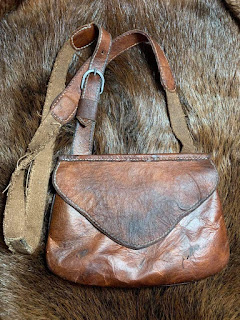 This barktan hunting pouch by Lawrence Fiorillo will be in the 2021 Prize Raffle.   It measures 8” wide by 6” deep and is  homespun but skillfully made.  The pouch has an inside pocket and is fully welted.  The inside is lined with barktan.  The strap is made from 17oz hemp fabric and tinned with beeswax. It features an iron buckle and barktan tabs with an adjustable strap keeper.

To learn more about the Prize Raffle or the Event navigate the website using the tabs above.

Posted by School of the Ranger at 9:43 AM No comments:

The first Night we lay near Tonoloways 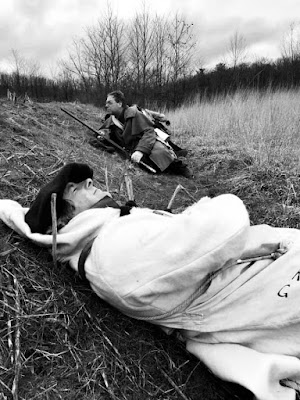 By Letters lately received from the Frontiers, we learn, That on the 24th of August, Col. Cresap, Capt. Lashmatt[?], with a Party of Militia, and an Officer, with a Detachment from Fort-Frederick, in all about sixty, marched thence in Pursuit of the Indians who lately made an Incursion into Pennsylvania, and, this Province, and who have almostentirely broke up the Settlement of Conococheague; The Party is returned without having seen an Enemy, but the following is an Extract from their Journal:  “The first Night we lay near Toonalloways, where Stoddert’s Fort was, and the next Morning went to Combe’s Plantation, and thence through several deserted Plantations, to a Place where one Ryley had a Fort; here we discovered the Tracks of several Indians who had gone down Great-Tonaliways since the Rain felon Sunday Night; these Tracks we followed about a Mile to a Place of one Elias Stillwell, where we found a very large Indian Camp, which seemed to have been a Place of general Rendezvouse for a considerable Time past, for there had been six Fires, the Rails that inclose’d the Plantation were all burnt, and a Row of Beds, near 30 Yards in Length, had been made with Flax on each side off the Fires; the Place was commodiously situated near a Spring, and the Bones, Skins, &c. lying about shewed that several Beeves and Hogs had been killed there:  We found here a large Scalping-Knife, an Iron Ram-Rod, a small Bag of Powder, some Bullets and some Thongs or Ropes that had been just cut out of a Horse’s Hide; we saw Tracks leading in and out of this Plantation, but as the freshest seemed to lead toward Rays-Town, we pursued them several Miles through the Woods without Success: We apprehend that that Party is gone quite off, as we discovered the Tracks of seven or eight Horses among the Tracks of the Indians, and all tending Westward: While we were in Pursuit of the Indians, we found a Dutch Woman’s blue Apron, and suppose the Owner of it is carried away Prisoner.  In the Evening we came round to one Hick’s and remained there all Night: On the 26th we left Hick’s, crossing a Branch of Big-Tonalloway, and came down the Ridge, between that and Licking-creek.  On the Ridge we fell in with a Track of Indians, which was much larger and more beaten than that we made, it seemed to come from the Big-Cove or Sugar-Cabbins, and to go towards the Rendezvous at Stillwell’s, above mentioned; as this Tracks seemed to have been made before the Rain, we proceeded down Licking-Creek to Mills’s, and thence returned the same Night to Fort-Frederick.”

Posted by School of the Ranger at 8:31 AM No comments:

Ranging the Frontiers of this Province 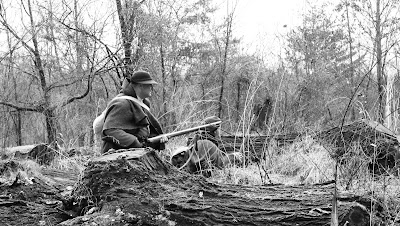 This Morning I received Letters from Colo Innes Commandant of Fort Cumberland, & Colo Cresap advising me that on last Monday morning a party of French Indians fell upon some of the distant Inhabitants of Frederick Cty of whom they killed three with the Loss of only one of their own party & carried Eight away prisoners. By other Letters from Virga I am informed that another party of these Barbarians have, also murthered Eleven of the Back Inhabitants of that province & carried as there is reason to suspect many more into Captivity I immediately communicated this Intelligence to the Assembly & requested them to enable me to provide against & prevent such Accidents for the future, in Answer to my Message they presented the following Address — "Resolved that this House will make suitable provision for the paying & maintaining 80 Men including Officers for 4 months (if Occasion) for ranging on the Frontiers of this Province to protect the same against the Incursions & Depredations that may be attempted or made by the French or their Indian Allies“

To Range the Frontiers of this Province, and help protect the distant inhabitants of Fredrick Cty from the Incursions and Depredations of the French or their Indian Allies,  Enlist today!   As Governor Sharpe noted, the House made suitable provision for maintaining only a set number of forces, and the slots are filling up.

Posted by School of the Ranger at 7:15 AM No comments: 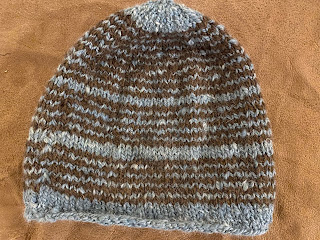 Our first Featured Sponsor for 2021 is Wool & Weeds.
Emily Burns of Wool & Weeds donated this beautiful   “buffalo and hand spun wool” knit cap.    This knit cap will be a treasure for the winning Living Historian since most of the cap’s production, including the indigo dye by Mrs Simpson and Ms Biederman, was done as public interpretation of 18th C techniques at a historic site!
To order a cap or other items from Wool & Weeds on FB click   here.
To Donate or Learn more about our 2021 Prize Raffle and our event that supports Fort Frederick click here.
Posted by School of the Ranger at 6:07 AM No comments: 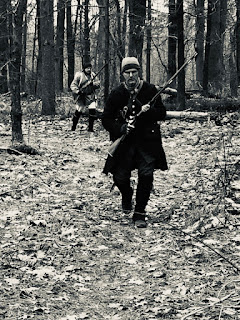 Alternate date in March TBD if Covid Restrictions continue.
The 2021 Event will be Cancelled if conditions continue through March
Posted by School of the Ranger at 10:07 AM No comments: