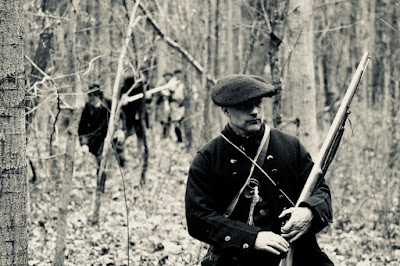 Register now To be Trained to the Woods-Service.

Registered participants in the immersive event will be trained in the mid century Partisan Methods of Marching, Retreating, Ambushing & Fighting, billeted in the barracks & issued rations.       Participants will also receive a 2019 Friends of Fort Frederick membership and be enrolled in the pre-event Participant Forum, dedicated to the source material documenting the tactics, skills & material culture of 18th C ranging. The military science & fieldcraft curriculum is formatted to assist incorporating these practices into participant portrayals, while the material culture subjects are examined by article, emphasizing documentation and current best practices. 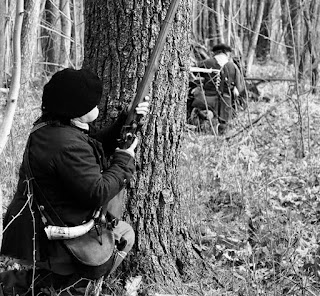 Posted by School of the Ranger at 10:15 AM No comments:

ON THE RANGERS OF THE FRENCH AND INDIAN WAR 1754-1764
From Canada to Georgia
By Gary Zaboly and Timothy J. Todish
Illustrated by Gary Zaboly

The earlier collaboration of Timothy J. Todish and Gary Zaboly, THE ANNOTATED AND ILLUSTRATED JOURNALS OF MAJOR ROBERT ROGERS, published in 2002, remains in print. This new book will go much farther afield and cover not only Rogers' companies, but the British-allied rangers of every colony, as well as those of Canada's Maritime provinces. The concurrent conflicts with the Cherokees and the Indians of the Pontiac rising will also be included.  Many long-neglected ranger battalions and companies, such as the mounted troops of South Carolina and Georgia, and rangers elsewhere in the South, Middle Colonies, and the North, will receive equal attention, much of the narrative drawn from fresh research and heretofore unpublished documents. Many of these units will be illustrated for the first time. Other parts of the book will deal with the provincial and regular troops who served in the wilderness on ranger-like duty, and the Native Americans who also scouted and fought alongside their white counterparts.
There will also be an Appendix on ranger woodcraft, survival and fighting techniques, methods of building shelters in the forest, food eaten on the trail, weapons, clothing, concealment, and many other related subjects.

Posted by School of the Ranger at 9:26 AM 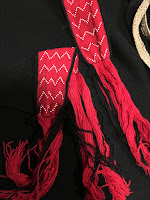 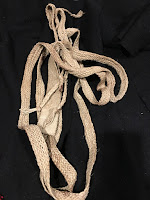 Time is running out!  This is the Final Call to Purchase Raffle Tickets in support the Friends of Fort Frederick by post.  The List of Prizes in order of Drawing are:

In addition to those prizes previously featured, the following items have been recently donated.  Decriptions on the blog to follow:


Ticket Requests  & Payment must be recieved by mail on or before Tuesday January 22nd. Late arrivals or payments after the tickets sell out will be returned uncashed after the event.   Availability updated nightly, Rules and Info posted here.

Posted by School of the Ranger at 1:35 PM No comments: 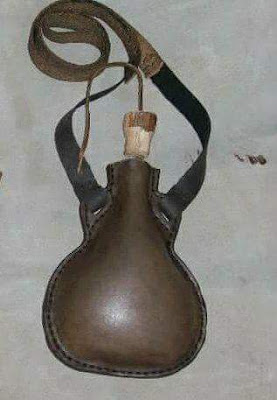 Our canteens hold approx. 28 to 32 oz., dyed in Walnut med to a dark-brown, are fully lined with pure beeswax, have a hemp strap with leather tabs and stoppers carved out of sassafras or apple wood. They are very functional and durable, with proper care will serve to meet your historical reenacting or trekking needs.


For more information or to view their entire catalog, click here. 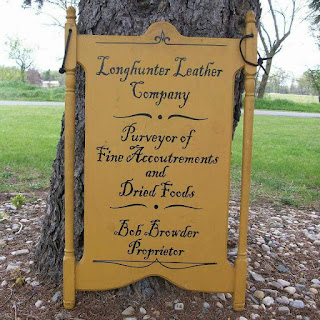 Posted by School of the Ranger at 12:17 PM No comments: 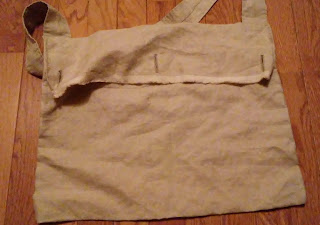 Our next featured sponsor is  The Corp of Light Troops.  The Wisconsin based reenactment group generously donated the beautiful hand-sewn linen haversack and market wallet set featured in the photos. 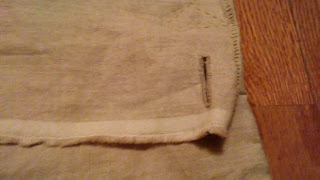 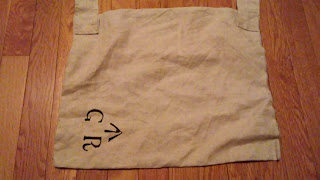 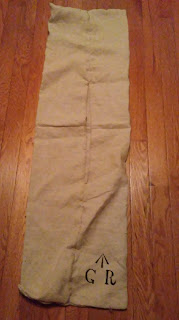 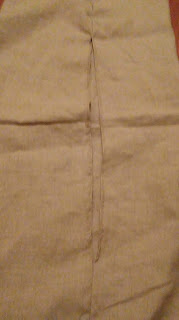 Posted by School of the Ranger at 10:27 AM No comments: 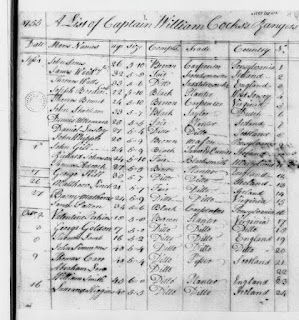 
To Captain Baylis, of the Prince-William Militia, will give you this; and leave you a reinforcement of twenty men—with these, and the Detachment of your own company, which has now certainly rejoined you; you will be sufficiently able to send out several scouting parties: And it is my desire, you do your utmost to scour these parts, and protect the people.

You will deliver Mr Baylie what carpenters tools you have in the Fort: as he has orders to build a small Fort at the Mouth of Little Capecapon. I am &c.

N.B. Take Receipts for the several Tools you deliver the Officers.

To Captain William Cocks, of the first Company of Rangers; and Captain John Ashby, of the Second Company.

You are hereby ordered, to remain with your Companies at George Parkers’ Plantation, where you are to erect a Stockade Fort; in building of which, you are to follow Lieutenant Bacons Instructions; he being sent to direct and plan the same. As  is intended for the protection of the Country People, there is no doubt but they will assist all in their power, especially in providing Tools which, without, you may meet with some difficulty. If Lieutenant Bacon should apply for an Escort to conduct him to Captain Ashby’s Company, or to any other place, to which it may be dangerous travelling without—you are to see that he is allowed it: you are to send a trusty Sergeant with proper powers &c. for Recruiting, in order to complete your Company. You are to be very careful to see that no irregularities are committed by your Company, that strict Discipline is observed, and that great pains be taken to inculcate morality and good Harmony, among the Men.
You are to build Barracks therein for your men, and a Magazine for the Reception of the Stores which are to be sent hither: also, to receive necessaries for your own Company.
You are to collect all the Publick Arms and Horses, which you may hear of in the parts adjacent to you, and secure them until they are called for. You are to transmit me the first day of every month, a particular Return of the State of your Company, relating to the variations that may have happened; as also an exact account of your proceedings since your last Return. Besides  these, you are to send me a weekly Return, signed by yourself and Officer, of the State of your Company. You are to provide yourself upon the most reasonable terms, with such Tools as you find absolutely necessary to carry on the work. You are to receive provisions for immediate use, according to my order at Pearsalls and you will hereafter be supplied from this Fort with what you want. By return of the Waggons which came up with Major Lewis’s party, you will receive about eight hundred weight of Flour; and of  that you are to be particular in seeing no waste is committed &c.
G:W.

N:B. Captain Ashby’s Company is stationed at Sellar’s and McCrackins; at the direction of Lieutenant Bacon.

For a general overview on VA rangers during the F&I War, click here.


Posted by School of the Ranger at 6:36 AM No comments: